U. d.  flavifasciata is a very large subspecies. Its maximum total length is about 50 cm (19,7 in). Tail length on average is about 63% of SVL (snout-to-vent length). It has 164-231 smooth scales at midbody. 88-118 scales are counted between the gular and inguinal fold. On each side 13 to 17 preanofemoral pores are located. The tail consists of 19 to 21 tail whorls. Adult specimens are black with 5-6 yellow or white (seldom red) dorsal crossbands. In females, orange ocelli may occur along the vertebral line. Occasionally totally black specimens (melanists) do occur (Wilms, 2005). Adult U. d. flavifasciata can be distinguished from dispar, maliensis and hodhensis by their black background body coloration with 5-7 wide, clearly-defined yellow, white or red dorsal crossbands (Mateo et al., 1999; Wilms, 2005). Occasionally these crossbands can be reduced or be even completely absent (Reptile Database). During mating season their coloration becomes more contrast. But still they keep bright attractive colors all time. They have quite big claws and sometimes can make damage keeper’s hands. Females have smaller and less pointed heads. Age of puberty is 4-5 years. Females are best introduced into breeding later. To stimulate mating, it is very useful to leave the male alone without a female for 2-3 days, and then introduce the female to him again. It is hard to sex them in young age. Sometimes it might be useful to place a torch under the tail base of a juvenile. If you have a male you will see two long dark hemipenises inside, while with female the whole are will be of almost same color. But this method is more reliable as the animals are getting older. So far there are no 100% reliable methods of sexing at early-aged animals. 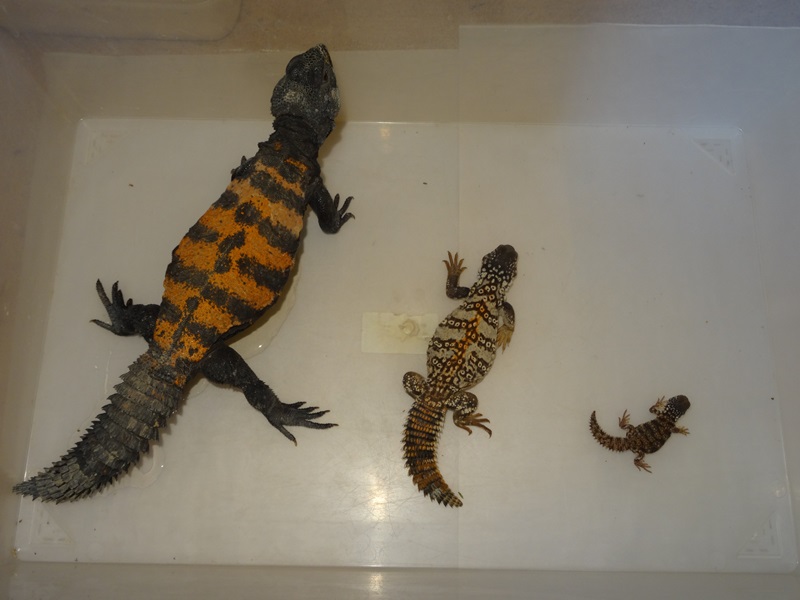 They get most of the moist from wet sand in the holes that they dig in the substrate. Peak of U. d. flavifasciata activity is at the first part of the day when they bask and mate. After midday they usually have a rest on the stones or in their burrows.

Keeping. We keep adult U. d. flavifasciata in horizontal terrariums that should be long enough to provide temperature      gradient. We provide terrariums 180*65*60 cm (80 *25*23 in) for 1 animal, pair (1.1) or trio (1.2). We use a layer of coarse sand and loam as a substrate. Decoration includes dry bamboo steams, stones and artificial shelters (a ceramic plate on stones/2 bamboo trunks) along the terrarium’s perimeter and especially in the so-called “cooler corner”. We keep them separately or in pairs since animals of the same sex demonstrate aggression towards each other. 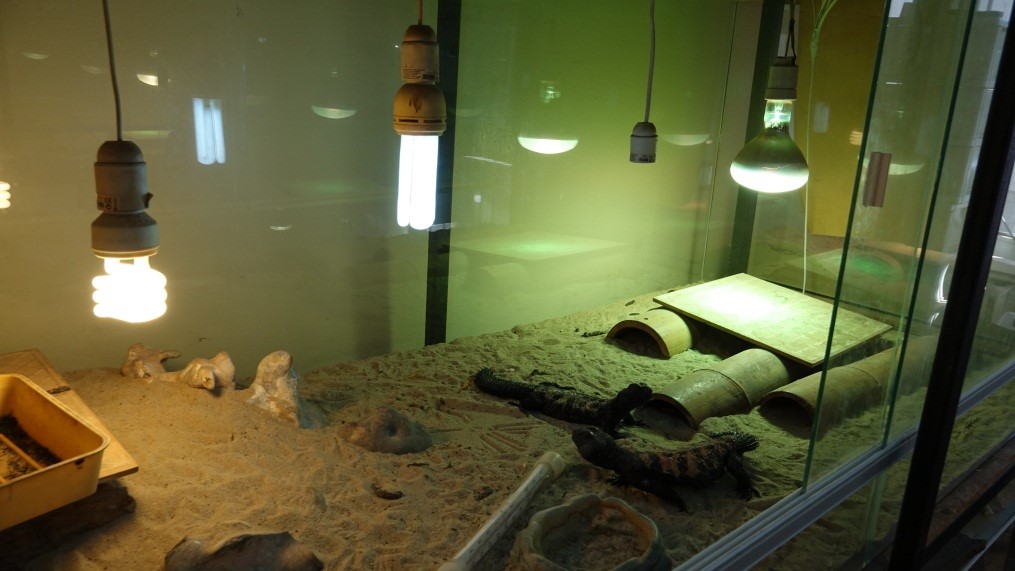 Lighting. Since these lizards are diurnal arid dwellers, high light intensity is needed. We use LED lamps for lighting and a 150 W OSRAM lamp for heating and UV in one corner of the terrarium. This provides possibility to create basking place above a ceramic plate. UV-light is necessary. Lighting period is 14 hours during mating season and 12 hours at other time except winter dormancy.

Temperature. Ambient temperature should not be lower than +24 at nighttime. At basking place temperature is about +60 - +70 °C. A flat stone/ceramic plate is placed under the basking lamp.

Humidity. Humidity level is low (30 – 50%). We spray sand lightly inside a shelter when female is gravid or during other time twice a weak. 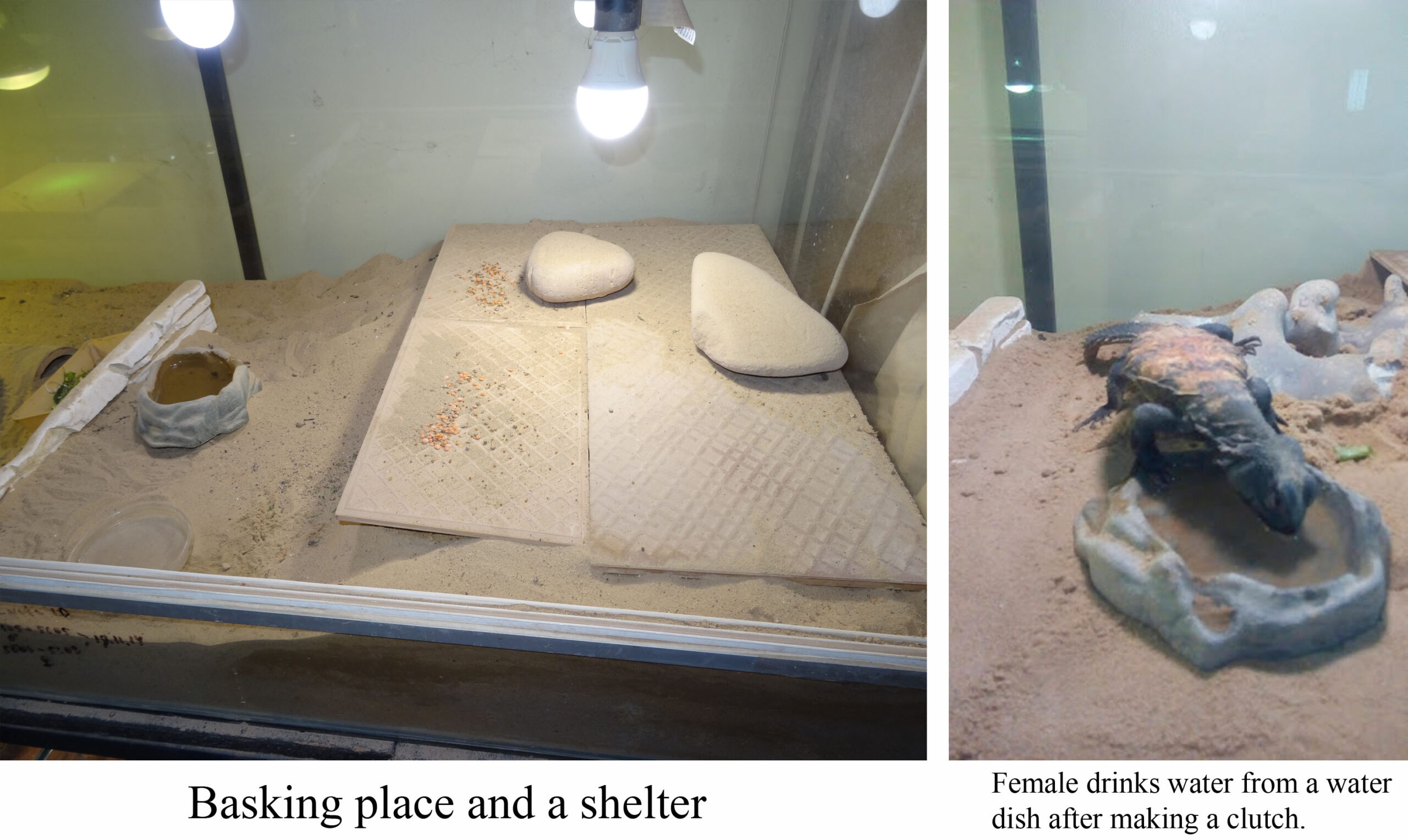 Water. Water bowl is placed inside a terrarium daily when a female is gravid and several weeks after egg-laying (until female fully recovers). We also provide a water dish twice a month to every lizard paying no attention to sex and age.

Diet. In the spring-autumn period we give a salad of: dandelions, nettles, arugula, basil, hemp, alfalfa, clover, as well as acacia flowers, roses and marigolds. In winter, we give a salad of: lettuce, Beijing cabbage, dill, parsley, arugula, basil, while adding dried herbs and flowers from the spring-autumn diet prepared in summer. 2-3 times a month we give a grain mixture of hemp seeds, lentils, millet, sorghum etc. When offering such grain mixture it is necessary to place a water dish as this mixture leads to dehydration and animals may need to restore water amount in their organisms. Animals that are younger than 1,5 years should not be fed with grain mixture. Once a week we offer bee pollen on annual base.

We feed young animals (up to 1 year) on daily base. Food is placed in a dish. Some individuals may refuse to take food from the dish – in that case we put food just on the bottom of the terrarium. We offer food for adults every other day according to the amount of food eaten. We leave remains of the dried salad in the terrarium for several days, as the lizards eat them as well. During the breeding season, depending on the food consumed, we offer food either daily or every other day. In winter, it is mandatory to offer food 2 times a week. Normally we give bee pollen (1 pinch) at this time. 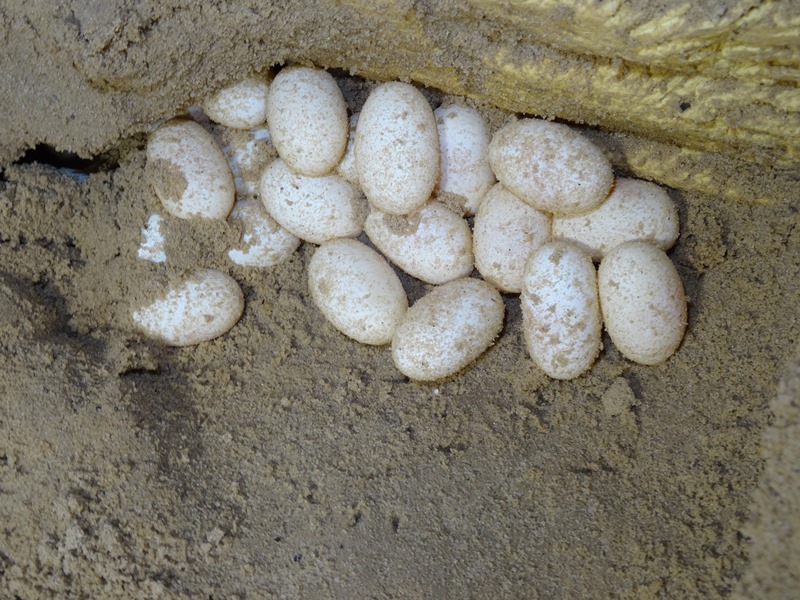 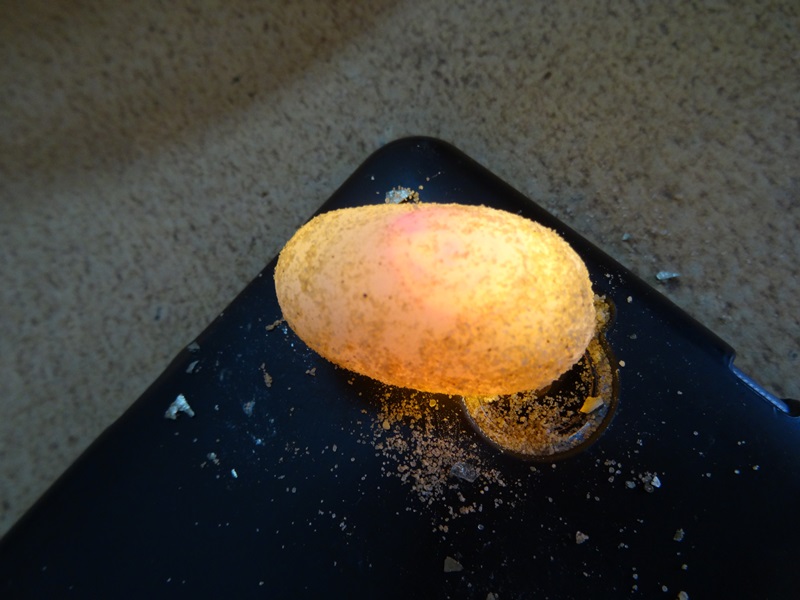 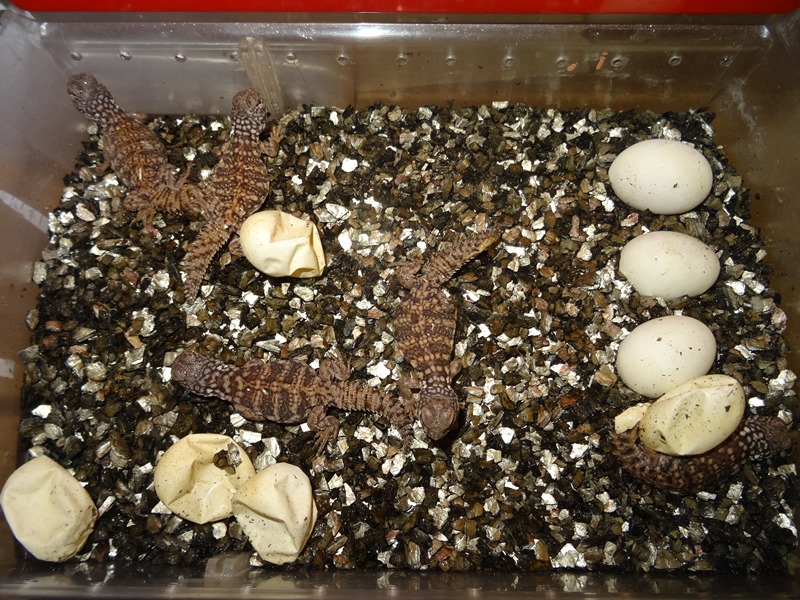 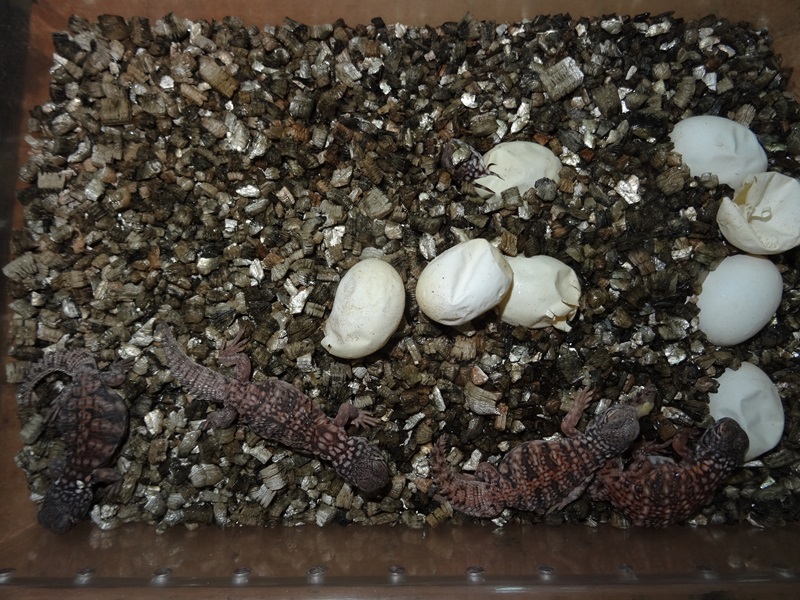