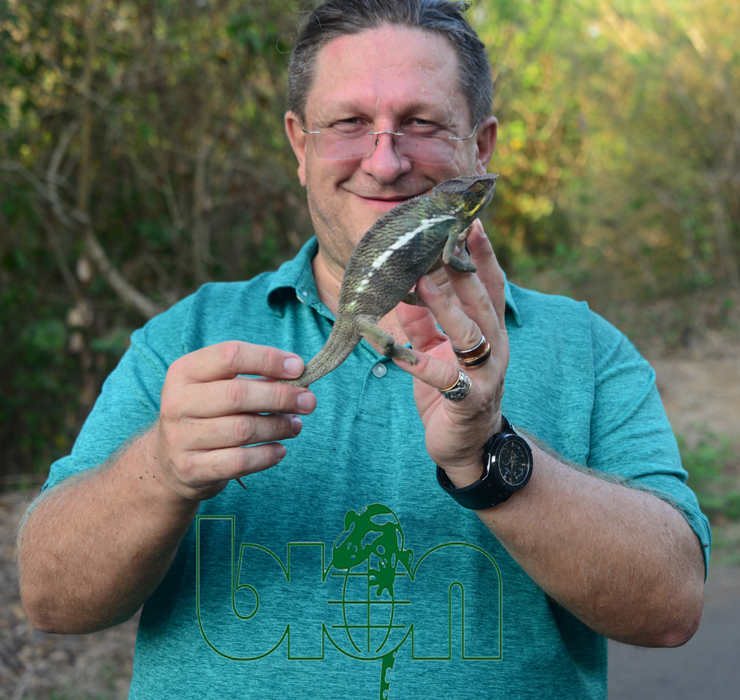 Panther Chameleons have been very popular in herpetoculture for decades. This is due to their relatively big size (some forms easily exceed 50cm of the total length and weight of 200g) and stunning variability of colors and patterns they create on their bodies (especially adult males). Many individuals are imported annually, thousands of CITES quotas for these species are allowed to be exported out of Madagascar. Despite the fact Furcifer pardalis is well-established for breeding across the US and Europe, the success, when compared with the huge number of exported animals, is still miserable.

Though many attempts of introduction (illegal) in the habitats of Florida were made and many animals either were released as unwanted pets or escaped from captivity there, there are only occasional reports about them being found in Florida and reports on breeding feral populations are very scarce.

The breeders face lots of problems and unexpected issues to arise, such as:

This is a big question: Why is that?

Here are some of the most important reasons:

Different origin of male and female

Due to the fact females of individual populations are indistinguishable from each other, there is never a proof of female origin as well as that of males. So, they can be mixed intentionally, by mistake or ignorance:

Anonymous exporters confirmed repeatedly, they have no way to control where the females are collected and whether they really belong to the males.

Moreover, exporters are interested in catching wild animals and selling them to the customers. It is directly against their interest when people establish good breeding lines in captivity. Because then, imports will no longer be needed... So, intentional mixing of males and females from different locations occurs as well.

In captivity, sometimes erroneous origin of the animals is given, and sometimes, searching for higher profit, the origin is faked intentionally.

Pardalis is more than one species

Recent genetic studies have revealed an extreme complexity of subspecies F. pardalis. As many as 4-11 separate evolutionary lineages with genetic distance equal to subspecies or even species status are contained in the genome of this entity. So, obviously, some cross-breeds might be quite vital but some, due to genetic distance and limited genetic compatibility, might be weak or unable to hatch, grow and/or reproduce.

The biology in the wild is weakly known

Despite its easy accessibility, only a few people really pay a visit to the areas where Panther Chameleons live naturally. Therefore, lots of people rely on captivity reports from the heavily modified environment rather than on observations in the home country, ignoring that our deep knowledge of the life history in the wild is the only real key to proper and successful husbandry in captivity.

Moreover, the situation is heavily complicated by the fact the areas where F. pardalis live now are almost totally degraded and their original biotopes are replaced by cultural landscape. So, understanding their real needs based on the secondary replaced landscape with modified climate and spatial structure is very difficult.

The wild-caught specimens are often heavily infested by parasites. Under natural conditions, parasites rarely tend to kill their host as it is against their interests to save their lives and care for their next generations. However, the broken homeostasis during transportation, quarantine, and stress related to it often condition the parasite invasions to be lethal. The same is true for “prophylactic” or amateur mistreatment of parasites such as the improper obligatory “de-worming” with chemicals of high toxicity and bad side effects.

In captivity, the breeding lines are often based only on individual specimens. A success of one breeding pair usually results in dozens or even hundreds of offsprings. Then, they are distributed and breed further. Sibling to sibling, closely related animal copulation. This results in (unintentional) inbreeding with all its ill-effects.

In attempts to fix a desired treat or feature in a breeding line, breeders often do brutal inbreeding justifying it with their commercial interests. However, this results in an exponentially decreasing heterozygosity, fixing genetic diseases and degrading of the genetic variability within the inbreeding lines.

Seeking “designer” phenotypes, some breeders intentionally crossbreed animals of different origin to produce hybrids of absolutely unidentifiable genotype and always instable phenotype. Starting from the second generation in crossbreeding, there is no way to identify the genome composition, due to free recombination. Building good breeding lines is illusory and results in genetic mess often accompanied by weak or dying offspring.

Phenotype ID as a rule

Due to unknown origin, breeders in captivity tend to judge the assignment to individual populations based on their phenotype and outer appearance. The variability of many populations is immense, so that, for example, in the Nosy Be Panther Chameleon populations, you can find individuals resembling typical phenotypes of Nosy Komba, Ankify, Ambanja, Nosy Mitsio, and Nosy Faly. Therefore, many breeding lines get polluted by animals from different locations only due to their superficial similarity, not based on guaranteed origin. This also leads to bad effects of crossbreeding and genetic pollution.

Heavy to total deforestation (especially in the last two centuries) together with heavy agriculture influence and global warming increases the temperature of the environment. This can have a destructive effect on the egg incubation, thermal comfort of the animals, spermatogenesis. Besides, it can work (together with high UV exposure and chemical substances in the environment) mutagenically.

Lack of knowledge about the female nutrition often leads to weak eggs. Too deep substrate to dig leads to female exhaustion and dystocia. In addition, wrong egg incubation (especially unnatural humidity and temperature cycles) leads to low hatch rates, weak babies, and problems with their vitality, growth, sex, and development.

The appearance of male-like females unable to reproduce in captivity has been reported. Moreover, up to 50% of the females in some wild populations are male-like, probably due to increased substrate temperature and environment modifications resulting in hormonal disbalance of their embryos and young specimens as well as consequent developmental aberrations and deformities.

Modifications of environmental factors, extensive agriculture with mutagenic pesticides and other chemicals, exhalations, and other factors lead to mutations in the wild as well as in captivity. This all leads to genome pollution, not always visible in the phenotype, but affecting their development and behavior and increasing their mortality.

We live in an era of searching for information on the Internet and forums rather than in peer-reviewed periodicals. As a result, lots of wrong information is spread due to the lack of quality control, writings of incompetent authors, hiding information, or spreading intentionally lies in commercial interests.

All this and even more we are facing now.

What could be the solution?!

The solution is to address as many of the negative phenomena as much as possible.

It means in concrete:

All this and even more is the aim of a special project of BION Terrarium Center (https://bion.com.ua), that I have the luck to take part in and supervise.

A field expedition to the range of three local Furcifer pardalis forms was conducted:

Measurements and detailed field studies comprising dozens to hundreds of individuals were conducted that will become the basis of scientific papers and publications on the one hand and captive management setup at the BION Terrarium Center facilities on the second one.

From these three selected local forms, several dozens of individuals were selected individually and unmistakably marked and exported to the facilities of BION Terrarium Center where they will receive proper naturalistic care. I personally inspected every single individual and excluded all malformations, sterile females, and diseases.

Full information about the results of field studies will be shared with the community and made available on specialized sites, forums as well as shared with exclusively all our buyers. Thus, we will ensure the genome quality on such a level that it will be potentially available for reintroduction programs, if necessary.

By doing this, the chameleoculture community will obtain a new function in genomic preservation, to which breeders will be able to contribute as a part of the global network.

This will bring solutions to the aforementioned problems and secure future-oriented breeding programs worldwide in the frames of BION Terrarium Center project “Responsible Herpetoculture”. 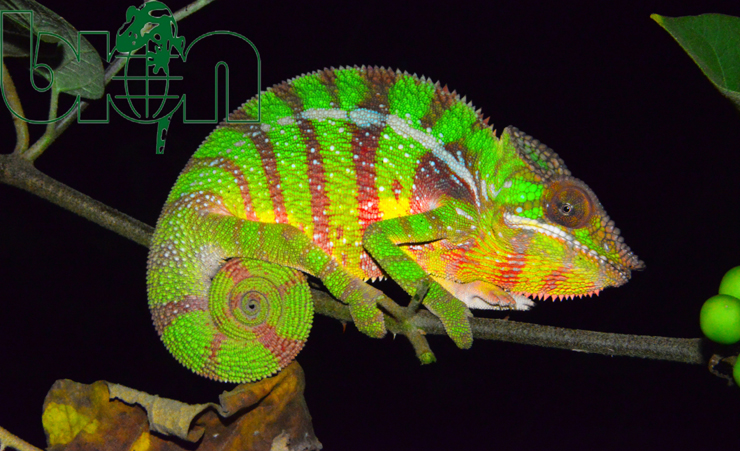 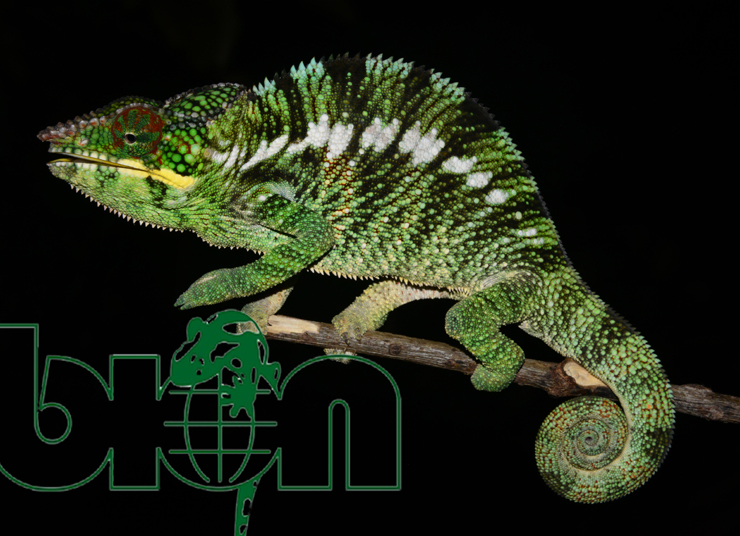 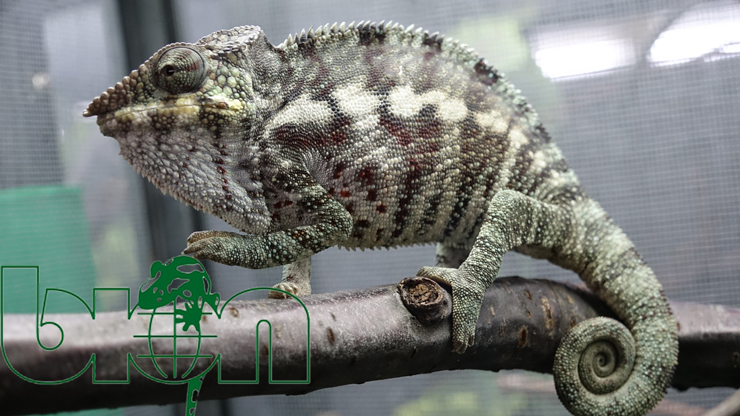 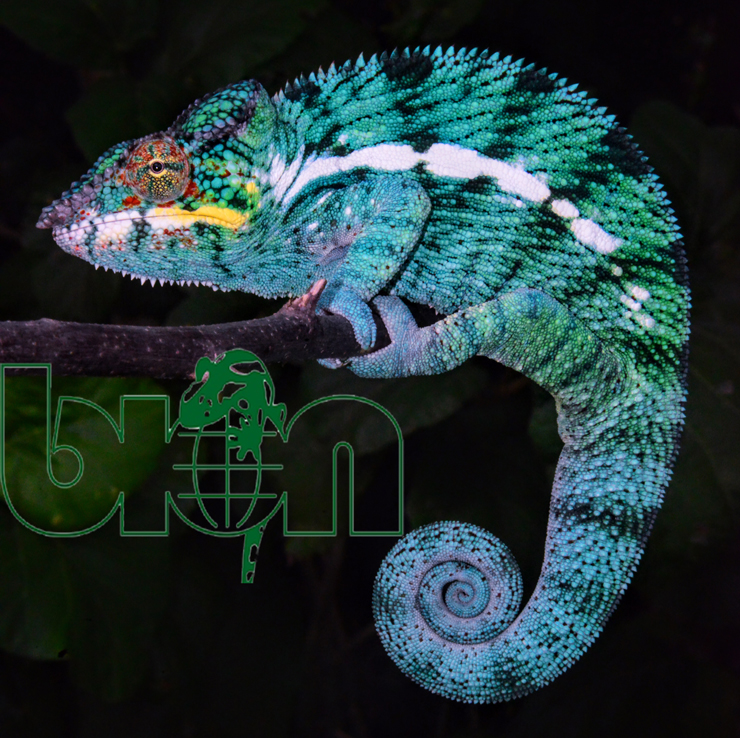 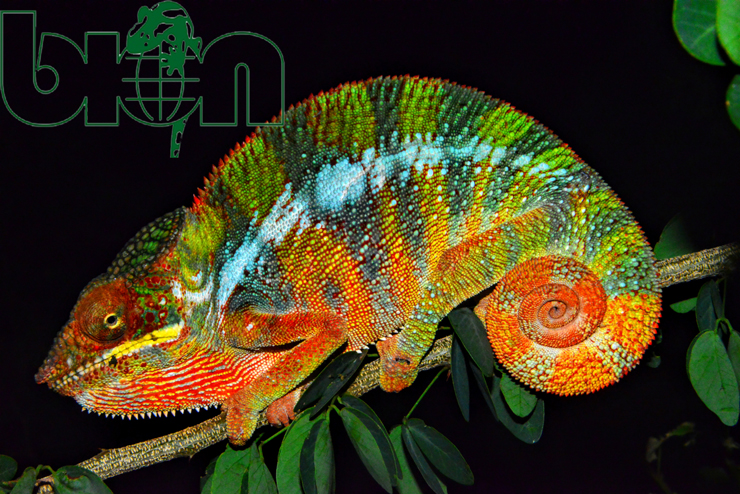