In 2014, 22 Veiled chameleons (Chamaeleo calyptratus) with insignificant mutations in skin pigmentation were purchased for work. The mutations were seen as white, black and translucent (depigmented)) areas of the body coloration. 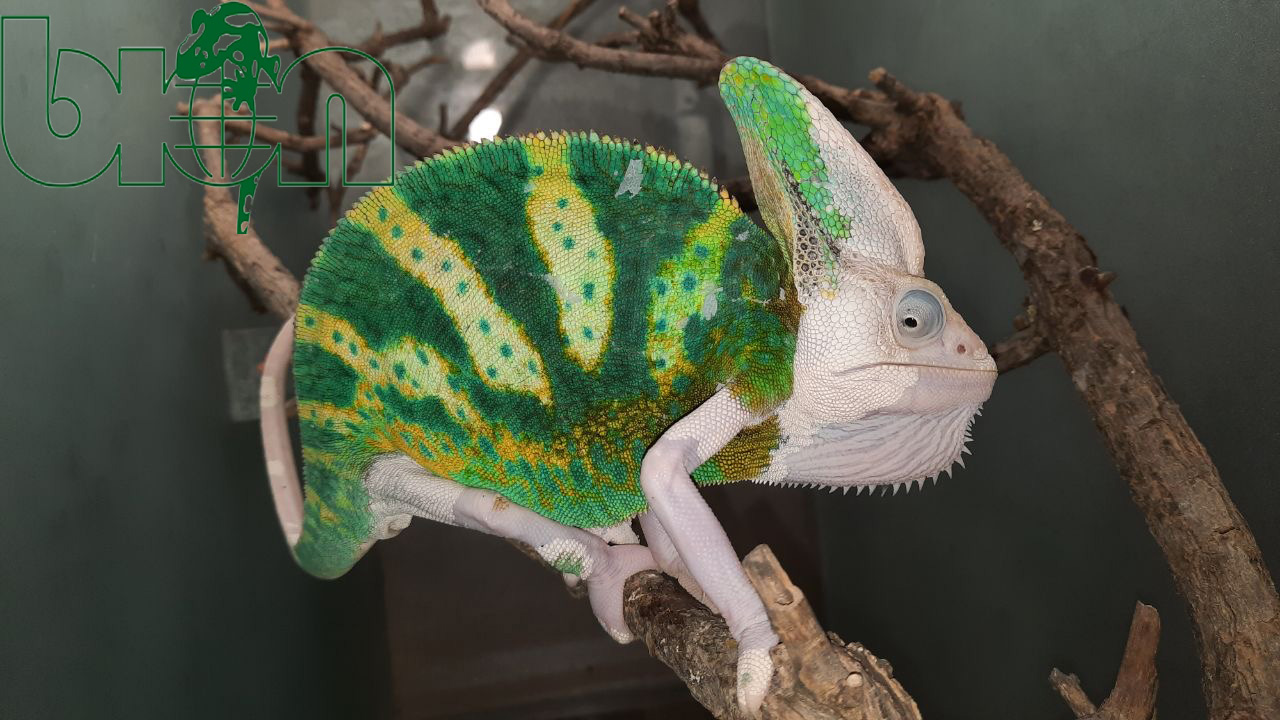 The above group consisted of animals with clearly seen imbred depression: small and medium in size, some of the individuals had congenital deformities of the tails. In addition, all chameleons had poor health.

The poor quality of the breeding stock undoubtedly affected reproduction; we registered a significant loss of eggs during incubation, low hatching rate of babies, high mortality during raising.

As a result, we faced the need to develop new approaches in working with this breeding group. This concerned the methods of caring for the stock, making some changes to the algorithms for raising babies. In addition, breeding activities were carried out to identify the most favorable variants of crossing animals in order to increase the viability, as well as to identify signs of inheritance of all mutant color variations. 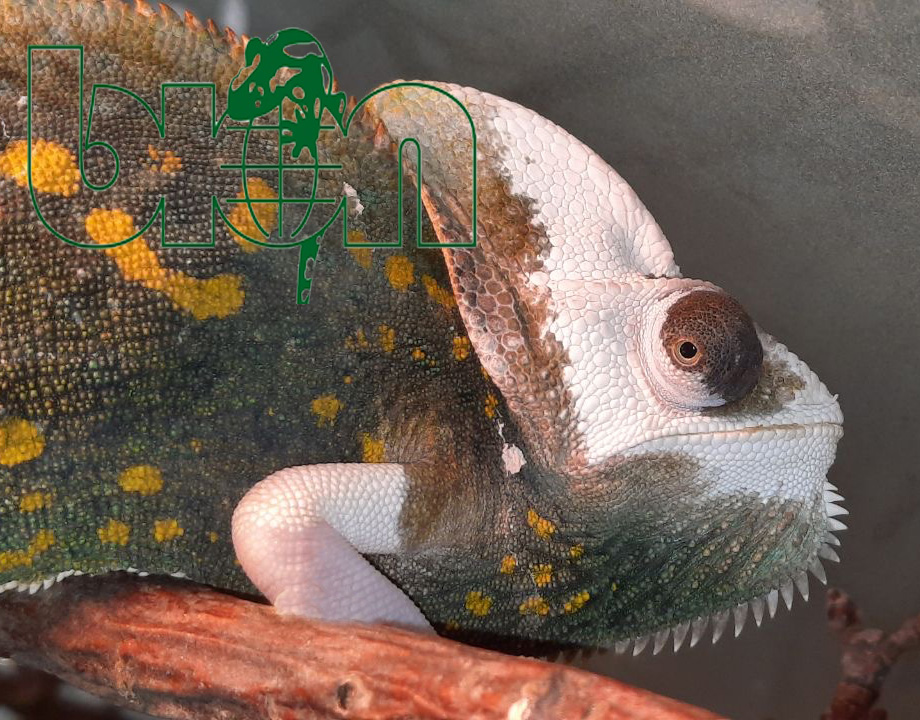 Further work was aimed at enhancement of the phenotypic manifestations of the mutation.

Due to autosomal dominant type of inheritance, since 2018 we began to receive chameleons with a high degree of severity of the specified signs of skin pigmentation, and in a wide range of their manifestations.

Further, the most desirable type of coloration was specified, where the priority was the symmetry in the distribution of white and black pigments, as well as translucent areas, which made the animals looking more harmonious. 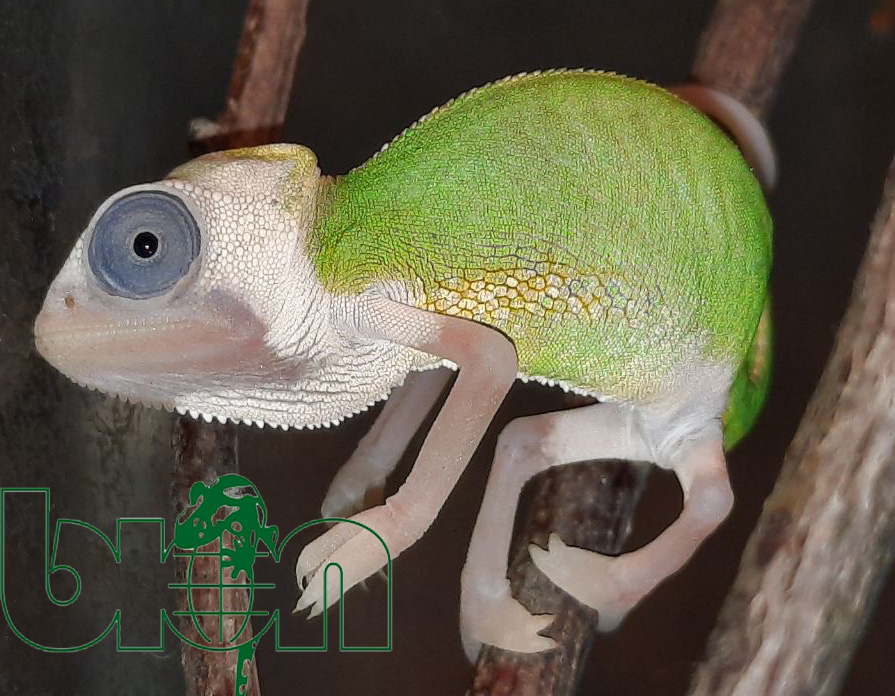 As a result, in 2020 we came to "white-headed morph" of veiled chameleons, which is obviously a success.

The distinctive features for this line include presence of predominantly white and depigmented skin areas on most of the head, all four limbs and a significant part of the tail. The color of the iris is often black. In addition, it is necessary to note the bright, unique coloration and patterns of other parts of the body.

Nowadays in 2020, after years of cross-breeding animals with some color mutations and so-called “wild-type” colored individuals we have obtained healthy, viable babies growing up to be large, spectacular adult chameleons. 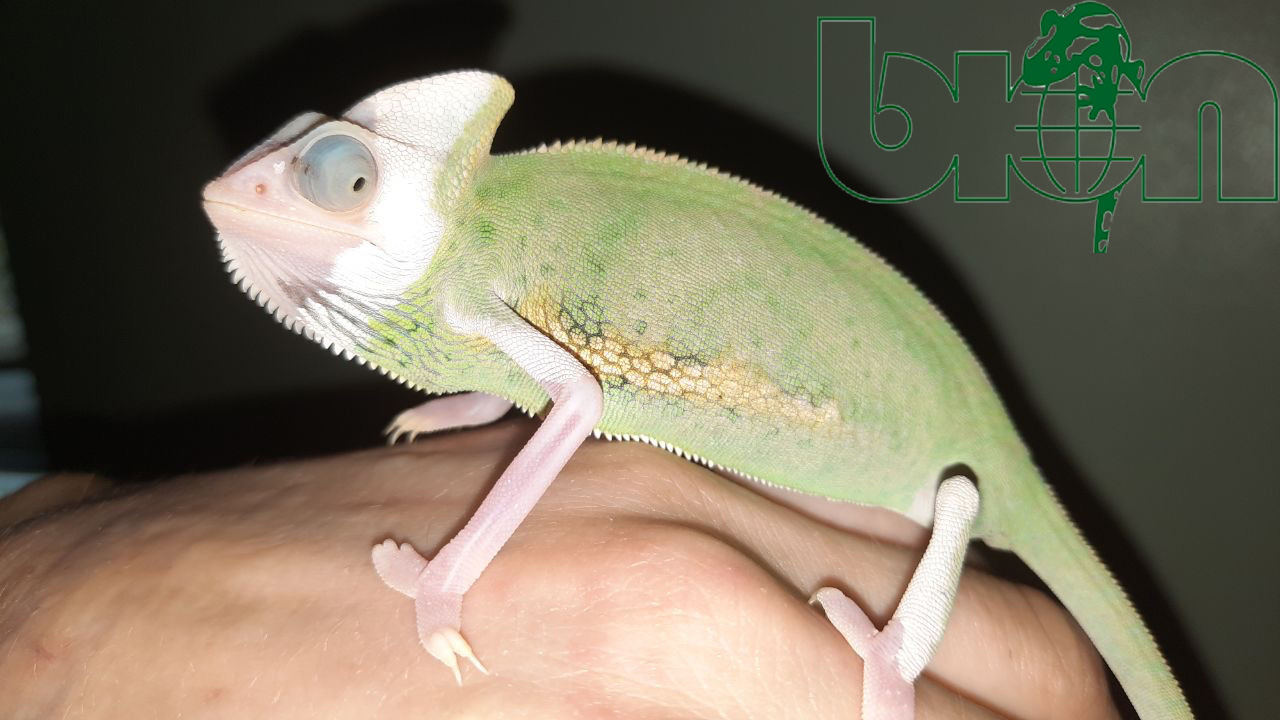 In the last generations, a few individuals have white coloration of the abdomen and this is the next landmark in our work with this line of veiled chameleons.